From DISPLACED ... novel in progress.

What was that again?, Stephens thought. The creative impulse is unique to each of us?
Yes, and expressing that uniqueness authentically takes courage. And for me often, it is a lonely pursuit.
Still …
Still, what?
I rise. I put on the coffee. It is morning, the day after the tragedy of Willard Comstock. There’s a police car down at the Comstocks goat dairy. Or should I say, down at Prudence’s. Alicia is with her. Cecilia has returned to her apartment.
Turn it around.
The destructive impulse is unique to each of us. T.S. Eliot spoke of removing the inhibition that lets the creative flow. Willard removed an inhibition. Snapped, Prudence said. Had enough. Let the self-destructive flow.
Courage or madness? Or maybe he felt remorse after he left the tavern and tried to return home, but lost control of his truck. Deliberate? An accident?
Is negating the inhibition for self-destructiveness a double negative that does not become a positive?
The mystery.
Why did he snap? Alicia may find out.

Anna Pietersen writes in DISPLACED - from chapter 3 draft just written of my novel-in-progress:

This is Anna writing. Heed me. I traipse and stretch across an ocean.
I of Amsterdam, once married to Jan Hoekstra, wildly comic sculptor of assemblages, scattered across a yard on the flattened outskirts of my city, afflicted by multiple sclerosis, grappled with a walker, vast sexual appetite in his prime, shorter than I, so strong, wanderer through canals, tipsy cyclist, crashing often, once off a bridge into water, the bicycle recovered amid his bold laughter, later struggles with his walker to attempt once more to sculpt a weightless form, defying his own incapacity. Falls.
Helen Rice and I hoist him up to a futon, we a dalliance then, sexy crones to creative crones, sweet Jan dead hours later, grieving him still.
And I of upstate New York, they call it here, grief that spans an ocean, spouse now of Helen, in a triple wedding among Jan’s sculptures, imagining him in his do-rag and beard laughing as we six or eight or then ten, it was, of us, dance like Bojangles, jump so high, then lightly touch down. The electric stand=up bass and classical guitar of Eindeloze Tijd, Endless Time, we Moroccans, Dutch, Americans, lightly touch down, yes, and in one grand leap, jeté, I cross an ocean to a land of mountains and winding rivers and slate outcroppings and hardpan, fierce winters now disturbingly warm. An alien. Displaced.
Though less perturbed, breaking outward, like the dancer, the potter, the roamer of Amsterdam streets, picking up men, women in my youth, then transformed to sedate, a pose I matched for awhile with behavior, usually, often, then Helen and I meet. We make love. She tarries, we marry. Breaking outward in a new land. How it must be.
Posted by Unknown at 6:30 AM No comments:

Opening lines for short story "Homeless" which I'm writing along with the novel "Displaced."


August and the winter months. Elrod Mathews hated them.
He shambled about with his gear under the bridge, unrolled his sleeping bag, rolled up a sweater for a pillow, and stretched the sleeping bag out on the ledge just below the city highway. The vehicles passing above thumped an irregular beat that echoed under the overpass. No vehicles traveled on the road at the bottom of the broad cement slant connected to the ledge.
“That’s what I am,” he said to another man, already asleep. “Private detective Elrod Mathews, at your service.”
Where’s my magnifying glass, he thought. He reached into his old army jacket’s inside pocket and pulled out a reading glass he sometimes used to direct the sun’s beam on paper to light a fire. Or a cigarette. If the sun was out.
He edged over to the sleeping man, whose boots were sticking out from under his blanket. Check the soles, he thought, scanning through the glass, the boots illuminated with his tiny flashlight.
“Hah!” he said. “Hairs. Gray ones. Long ones. A lot of them, clumped in red clay.”
Mathews backed away. Never expected that, he thought. He stood, looked at the man, skinny, reeking of alcohol, breathing heavily. He covered his mouth as if to take back what he said.
I hope he didn’t hear. Private eye Mathews has to figure this out...

Posted by Unknown at 3:56 AM No comments:

FROM A TRILOGY TO A SERIES ...

SERIES -- When I started STRINGER I intended to develop a trilogy that would focus on the changing lifestyles of the key group of characters and their encounters with each other, with crime and violence and intrigue, with efforts at reportage and social justice, and to challenge stereotypes. Now, after the following novels - TILT, TURNED LOOSE and STRINGER - I find I want to keep working with the characters. So I'm planning a fourth novel using the theme DISPLACED. I also need a series theme name, too, so I'm pondering that.

DISPLACED may start something like this:
Helen Rice awoke startled and sat up. "Oh!" she cried.
"What is the matter?" Anna Pietersen asked, alarmed, roused from her sleep.
"I just felt how deeply I'm grieving," Rice said."The intensity of it. Not only me, you are, we all are."

Posted by Unknown at 9:55 AM No comments:


Finally zeroing in on the best formatting for digital book editions (like Kindle, Nook, iBooks) - quite a learning curve, partly because suggestions are piecemeal across internet ebook sites ...

Another intriguing tangle is Digital Rights Management (DRM) -- or, for an ebook buyer, the ability to convert an ebook file into another format and pass it on to a friend -- Kindle & Nook gives an author or publisher the option to DRM or not -- Smashwords will only distribute without DRM ... the argument for not DRM-ing is that allowing a reader to convert or pass on is like "word-of-mouth" - One will see the passed-on version and will say "Oooh. I want to view this on my Kindle or Nook or whatever ebook reader one employs, and then buy the book ... 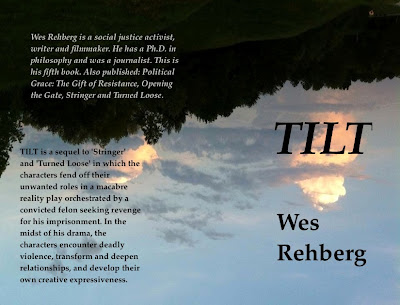 NEXT NOVEL MAY ADDRESS THEME "DISPLACED"

* Thinking of expatriates, immigrants and displaced persons as a theme for my next novel. Especially the internally displaced.

* Intriguing to note that skilled professionals working in another country are described as *expatriates,* while others not-so-skilled may be called *immigrants.*
* Some how makes me think of the introduction I had to Asian Subaltern Studies via the work of Ranajit Guha and Gayatri Chakravorty Spivak - much of which I've forgotten - thoughts not so deep anymore.
* Subalterns can be seen as non-elites striving for social and political change - not necessarily through uprisings or demonstrations.
* Must not turn the novel, if I pursue it, into an academic discourse --
* Then comes the question -- is living in a social network a form of displacement? Or colonization?

Posted by Unknown at 3:03 AM No comments:

Starting Sept.8 and for the next 7 days, Wes Rehberg's novel STRINGER will be on sale at reduced prices on Amazon.com -

Posted by Unknown at 4:55 AM No comments:

OPENING OF 2ND DRAFT OF 'TILT'

Opening of the second draft of "TILT" -- (Scrivener software capture) ... 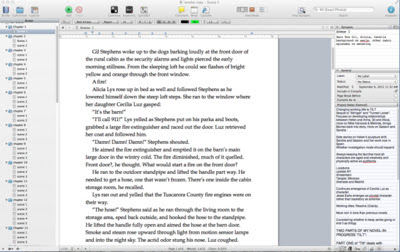 Posted by Unknown at 8:38 AM No comments:

"The solitude of fiction writing, a yoga that stretches the sinews of that reach into an unfathomable source … no way to know why the need to do this … the outputs and outcomes are so uncertain." --
-- Alicia Lys in "TILT" ...

Completed the first draft of "TILT" - third novel in a series that began with "STRINGER," followed by "TURNED LOOSE."

Now the revisions, an exhausting process. In most ways, I followed John Steinbeck's suggestion, write through and go back and fix later. Occasionally, I re-edited a scene when I realized that it synchronized poorly with subsequent episodes or characterizations.
I'll find more of these as I work the second draft. I'll also find things I wrote that will make me wonder what I was thinking about.
Usually, I write every day, surprised at the discipline. The plot line is general when I start out but the characters’ features are basically clear in my mind. They help guide the story's direction and lead to the introduction of other characters and plot details and shifts.
I'm not shy about writing complicated plots or characters, or leaving some things unresolved, or developing multiple themes, or giving a character space to reflect. I'm not shy either about writing uninhibitedly.
The core episodes in all three novels have been written in an imaginary area in upstate New York, some others in imagined spaces of real places, and others in actual sites. The characters and events are fiction.
So far the manuscript has about 46,000 words which translate into a little more than 200 paperback pages.

Posted by Unknown at 8:29 AM No comments:

NEARING THE END OF THE FIRST DRAFT OF "TILT" 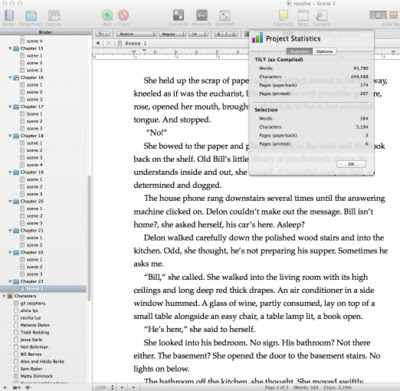 Posted by Unknown at 5:57 AM No comments: